Modeled on the lines of a Mughal hall of audience, the Diwan-e-Aam, the Sabha Niwas, is a hall of the public audience. It has multiple cusped arches supported by marble columns and a beautifully painted plaster ceiling. The jalis on the southern end of the hall would have been used by women to oversee the proceedings in the hall and facilitated their involvement in the outside world while following the purdah. This is the main hall of the audience. It is a large room with two thrones at the center, and a set of chairs around, as if in a durbar setting. On the walls of the halls are large format paintings of the Maharajas of Jaipur, a large picchwai (a backdrop for a shrine), large paintings depicting the colorful festival of Holi, and a pair of paintings featuring spring and summer (possibly made in the Deccan).

On display, you can also see military medals and polo trophies, marking the achievements of the rulers. The room is opulent in its decoration, with murals, and chandeliers. The currently closed arches, on which the Holi paintings, and the Spring and Summer portrait hang, were closed in recent times. Photos from the reign of Man Singh II, of the court in attendance, Lord and Lady Mountbatten’s visit, line the corridor leading out to the Sarvato Bhadra courtyard. 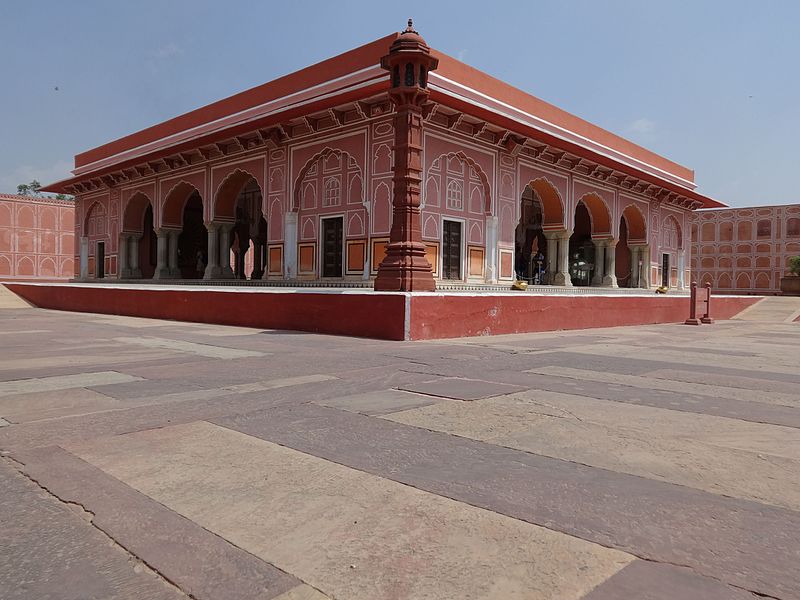 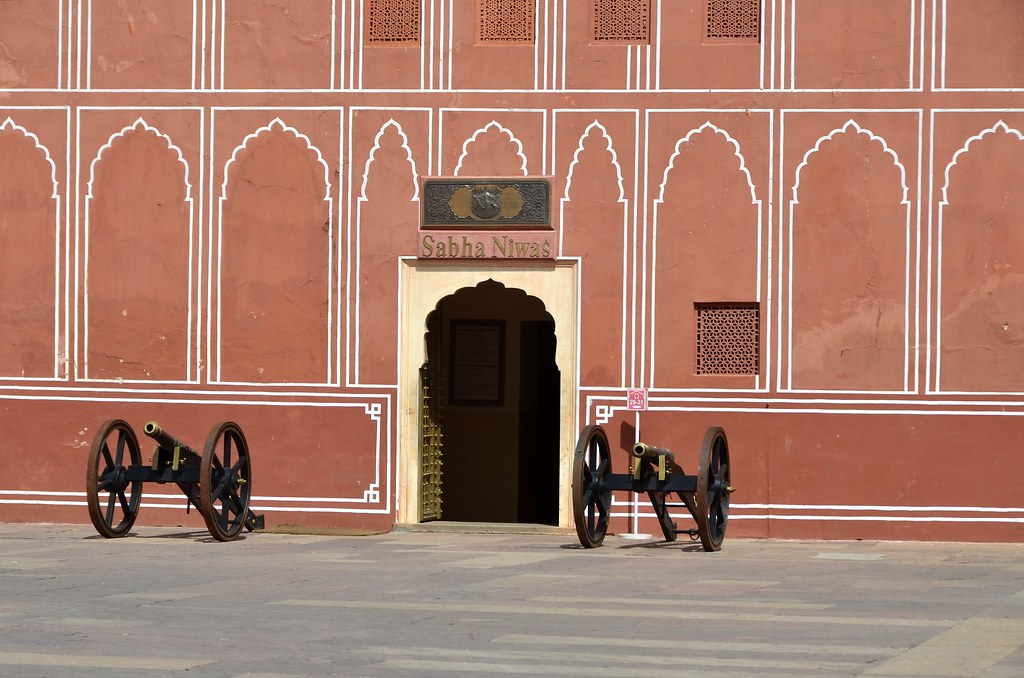 Sabha Niwas, the City Palace Jaipur, Rajasthan State, India modeled on the lines of a Mughal hall of audience, the Diwan-e-Aam, the Sabha Niwas, is a hall of the public audience. It has multiple cusped arches supported by marble columns and a beautifully painted plaster ceiling. The Sabha Niwas was the throne room of Jaipur state, designed for ceremonial assemblies by the ruling Maharaja for Thakurs (nobles), court officials, and visiting dignitaries. Here, the Jaipur court used to receive emissaries from other Indian states and – in later times – British Viceroys and Residents. The period room showcases original furniture, artworks, lights, and a special display of ceremonial garments and medals. The Baggi Khana just outside is meant to showcase highlights from the transports in the collection. It will be under renovation in 2016. This was the Public Hall, Sabha Niwas. The hall is nothing less than an art gallery, with Rajasthani and Mughal arts and paintings. The hall is of red and golden color and has a Golden Thorne, having an elephant design made of marble rock. This hall was for King’s public meeting.